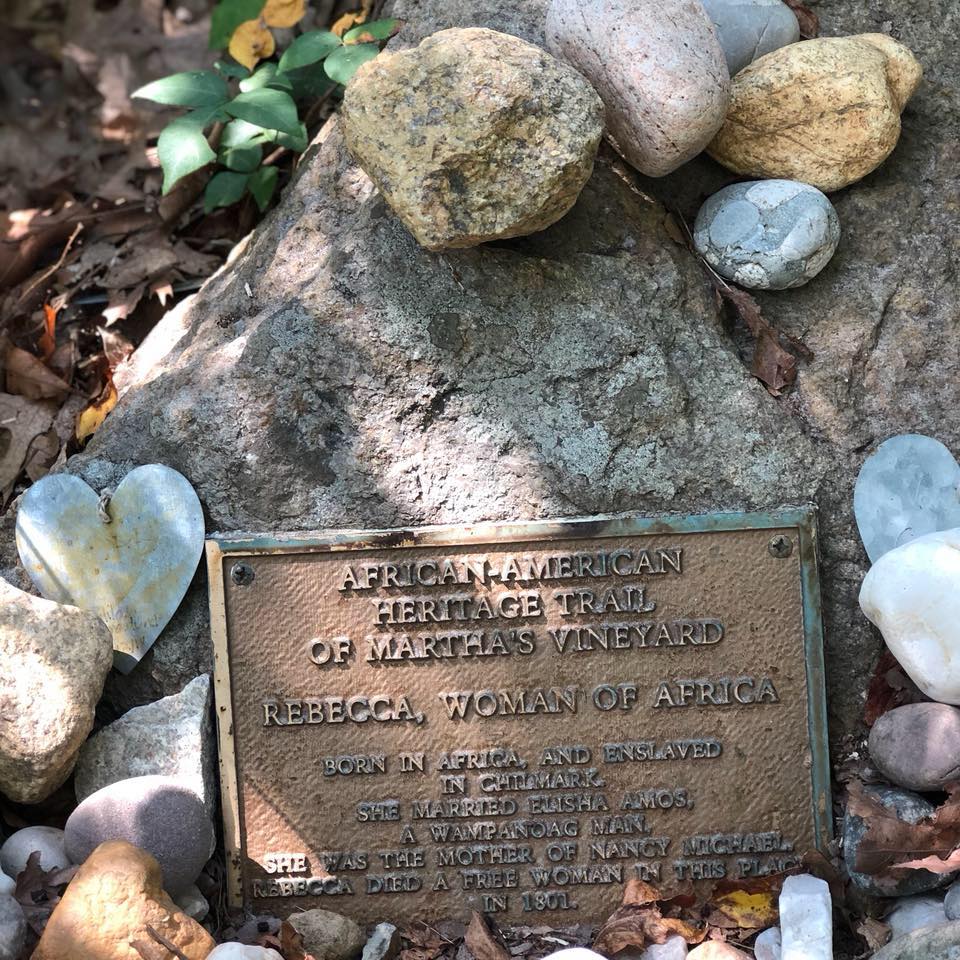 “The Mission of the Trail is to continue to research and publish previously undocumented history and to involve the Island community in the identification and celebration of the contributions made by people of color to the island of Martha’s Vineyard. In pursuit of that goal, we have identified and celebrates sites in every town on Martha’s Vineyard”.

Founded by Dr. Elaine Cawley Weintraub and Carrie Tankard who met in 1989, they realized they had a shared vision. Both women wanted to educate people on the history of people of color in the schools of the Island. And so their research began and it continues to this day, helping make the history taught inside and outside the classroom more inclusive.

Many of the locations on the Trail may be familiar, Grace Church, the Shearer Cottage, Cottagers Corner, and Villa Rosa – the Overton House. We joined the two founders for our own tour, in a recent Vineyard Bucket List video.

However, there are many sites that are less known to discover that are rich with history, including the two newest, Esther’s Story, and the Nameless Trail.

In 1743, the sloop Endeavor docked in Edgartown Harbor for the evening on its journey heading to the South. Onboard was an enslaved woman of African and native heritage, Esther. She was a fugitive, captured in Boston, who was being brought back to the South to face the consequences of her escaping from enslavement.

Though her hands were bound and her feet tied to a crowbar, she somehow managed to escape in the night aboard the sloop’s longboat, never to be seen again. Did a member of the Endeavor’s crew assist her? Did she free herself? It is a 277-year-old mystery.

What is not a mystery is this woman’s strength and determination to be free. She refused to go back to an enslaved life in the South. We don’t know how, but she remained free. Esther embodies the human spirit, the ability to risk everything to be free.

It is this story that will live on, a story to inspire. A story that is now shared with all those who visit Memorial Wharf to take in the view or to fish. Knowing that you where history happened makes an impact. When you read Esther’s plaque, you cannot help but wonder how she did it, how she escaped. She did it, and left a mystery in her wake.

Adding this site, number 33, was a dream come true for Elaine, 15 years in the making. Elaine discovered Esther’s story through archival research. She traced her through a deposition on record and references to her case made in an 1850s edition of the Vineyard Gazette. In the summer of 2021, because of this work, the inspirational story of Esther was shared not only with the community but the world.

In addition to this site being on The African American Heritage Trail of Martha’s Vineyard, Esther’s story has been recognized as part of the  National Underground Railroad Network to Freedom. The only location currently located on Martha’s Vineyard.

In addition to Esther’s site, last Summer, #32, the Nameless Trail was added. On May 20th, 2021, at the Martha’s Vineyard Public Charter School, students unveiled the plaque at the school. This plaque honors those who lost their names because of the cruelty of slavery.

Elaine worked with the Charter School students to help them learn the history of what it was like to be a slave and what people had to face — including not even being valued enough to be given a name, but rather a value. Having your given name taken away, receiving a new name or none at all. I cannot even find the words to describe the depravity people had to endure as a slave.

The children felt it was important to honor those people not given names or those who lost their names, to remember them. Their names live on, honored here. The picture above was taken when site #32, The Nameless Trail, was commemorated. For more about the work Elaine did with the MVPCS children, you can read book two in the three-book series A Good Name is Worth More than Silver or Gold.

You can follow African American Heritage Trail on your own with a map. But to fully experience the rich history and community context, there’s nothing like the narrative and storytelling, that the excellent Heritage Trail guides provide.

When Elaine and Carrie first founded the trail in the 90’s, they envisioned four sites. Now there are 33, all across the island. You will find sites in West Tisbury, Chilmark, Vineyard Haven, Aquinnah, Menemsha, Edgartown, Chappaquiddick Island, and Oak Bluffs.

Thank you to all those who voted for us for Best Real Estate Company for Best of the Vineyard 2021. We would be honored if you would consider voting for us for 2022, click here to vote today.