Martha’s Spiked is inspired by the spirit of the Island and made will all natural ingredients. President Brae Ferguson, likes to think that she would have been friends with this Martha. That she would have been this incredible “bohemian beach babe,” who loved the beauty and adventure Martha’s Vineyard has to offer. You can see a bit of this spirit in the logo design.

Martha’s Spiked was a beverage first created at the Kelley House in Edgartown in 2016. Though amazing, a spiked lemonade, it was not being received as well as hoped. In comes Brae! The Kelley House reached out to her via Linkedin. Brae was working at Martha’s Vineyard Cider Co., where she was making, bottling and selling the hard cider. She really learned a lot about beverage production on many levels.

She was able to get the job at the cider company because prior to coming to Martha’s Vineyard, she took a 6 month wine apprenticeship, making wine and learning the ins and outs of wine making.

Brae liked the idea of Martha’s Spiked. It was born out of the desire to make a drink that Islanders and visitors would like. Something that captures the spirit and joy of Martha’s Vineyard, especially during the Summer months, and lemonade was the perfect flavor.

However, a number of products, like Mike’s Hard Lemonade, have given “spiked” lemonade a bad name – being too sweet, full of artificial ingredients. Martha’s Spike Lemonade only uses natural ingredients and premium cane spirit (rum).

Brae came on board, tweaking the recipe in the kitchen at The Newes Pub, and then in a more official capacity in Connecticut. Once the lemonade was perfected, it was on to the Cranberry Lime which uses cranberries harvested locally. After all, the Cape is known for its cranberries. 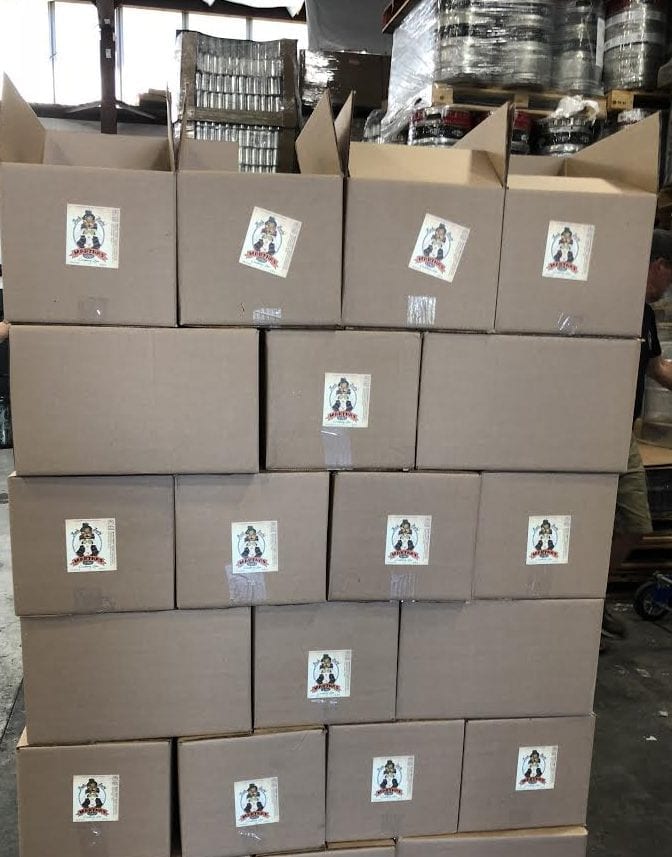 Using natural ingredients, Brae was able to come up with the right flavor combinations. Then it was on to production. She partnered with Newport Craft Distilling Co. in Newport, Rhode Island. So, the company making and bottling Martha’s Spiked is close to home (Brae lives in Oak Bluffs), and it believes in creating quality small batch products.

On August 10th, Martha’s Spiked hosted its launch party at the Wave Bar in Edgartown. Here friends and supporters were able to officially enjoy both flavors of Martha’s Spiked. It was received with enthusiasm. People love it. 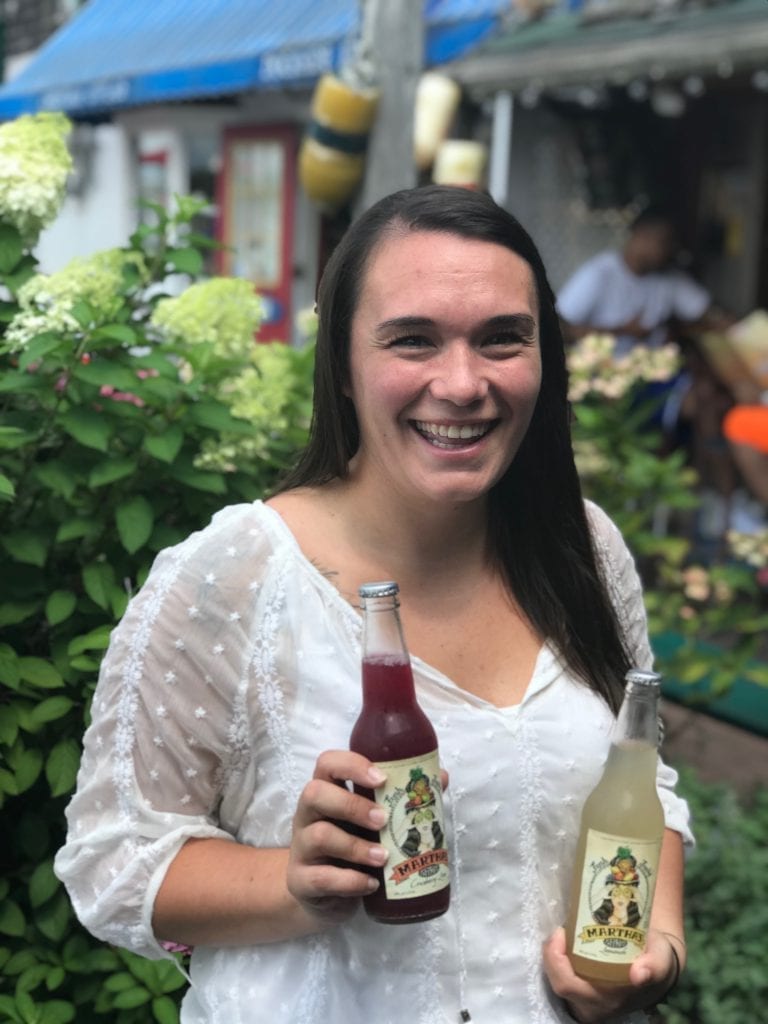 For Brae, this venture has been incredible. It’s her baby. She’s been leading up to this moment for two years. The next big trend in cocktails will be bottled/canned cocktails and Martha’s Spiked is helping set the trend.

Never did this young now 27 year old imagine that after coming here for a Summer, working at the Seafood Shanty, that she would become an entrepreneur, with her very own bottled cocktail. A little Island magic happened here.

Currently, you can get Martha’s Spike at The Newes, the Wave Bar, Sharky’s Cantina (both locations), and the Loft, with many other places coming soon. Horizon Beverage is the distributor. If you’d like to carry this Vineyard born cocktail, reach out to Vinnie at Horizon. 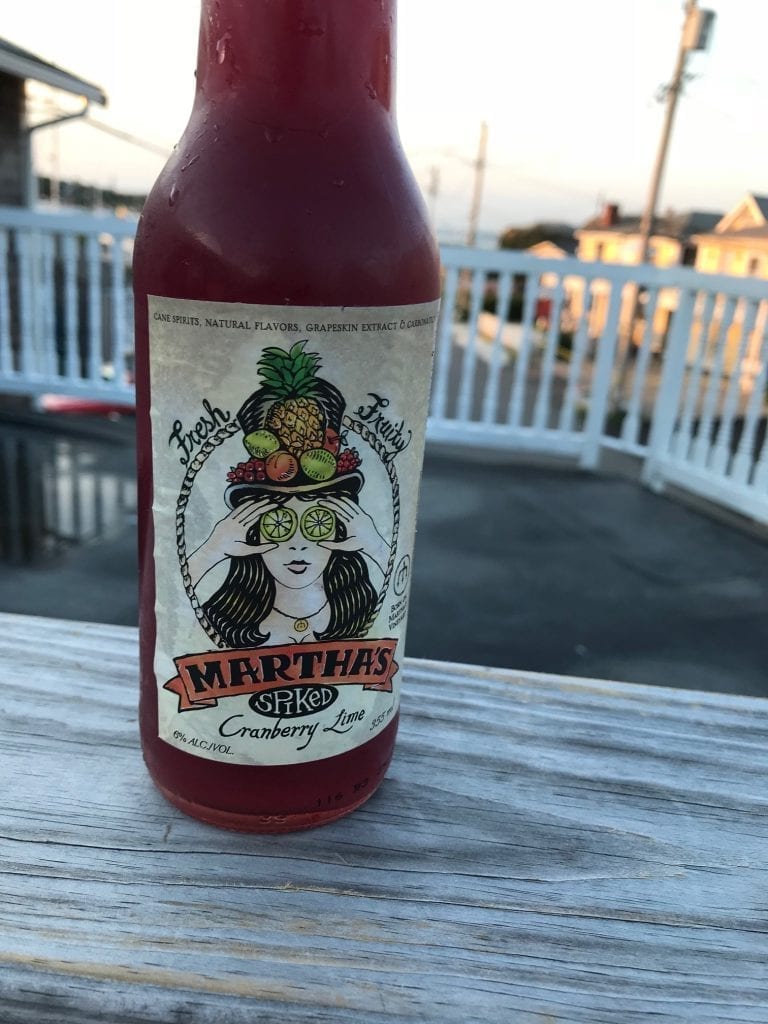 The flavors of Martha’s Spiked Lemonade and Cranberry Lime are quite unique. As mentioned, the beverages are made with cane spirit which is a little different for lemonade. An adventure in trying something new, which we often like to do when on Martha’s Vineyard. 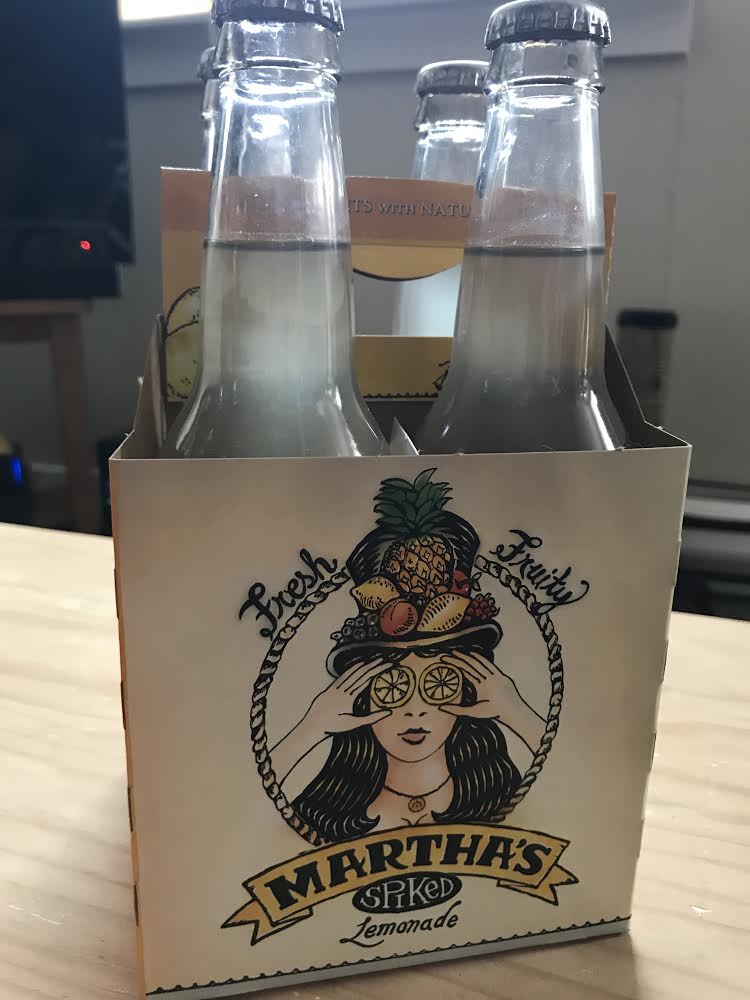