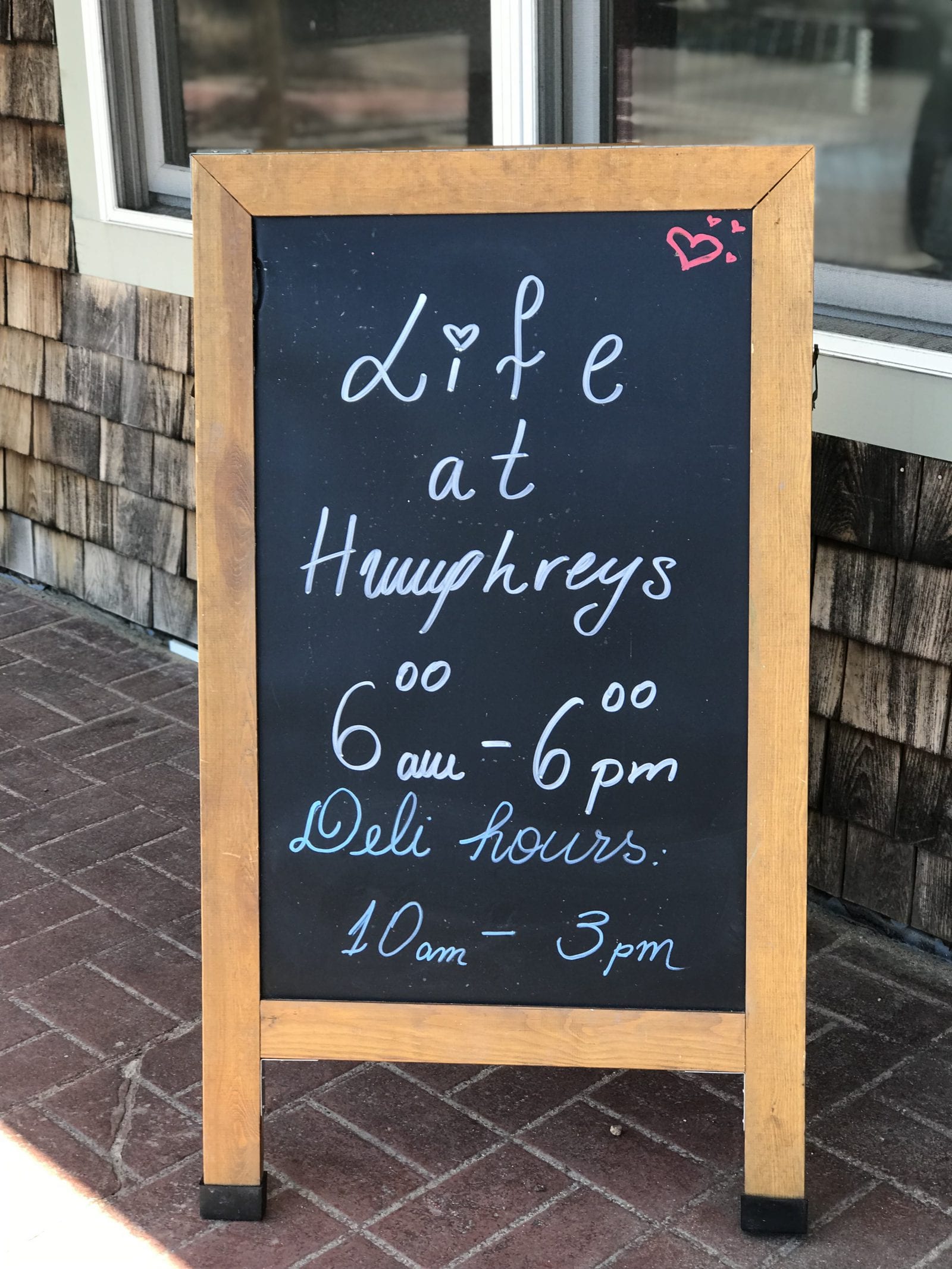 When Pete Smyth, of Slice of Life (now closed), started doing pop-up lunches at Humphreys Bakery in Vineyard Haven, people started to wonder. As it turned out, people were right. Something was happening with Slice and Humphreys — and thus was born Life At Humphrey’s.

Pete had seen an ad for a baker job that India Rose from Hustle & Thrive had posted. When he reached out to her about it, she said she had a great idea.

India had recently met with Donna Diaz, the owner of Humphreys Bakery. Donna was looking to do something new with the business. Pete was looking for a new kitchen position, and India put the two together. They are now quite the dynamic team, and they are both very excited for this new chapter! A little Vineyard magic happened here!!!!!

Life At Humphrey’s Is A Great Combo

Life at Humphrey’s is exactly that. It’s a mix of Slice sandwiches and Humphrey’s sandwiches with some new additions, which makes it an incredibly awesome place to grab a bite!

The things that you love about Humphreys, Belly Bombs, the Gobbler, the Cuban, the chicken salad, those cookies and more, they are all still there! However, now there’s even more to love, like the iconic Slice of Life favorite the Fried Green Tomato sandwich (pictured below). Pete’s zucchini fritters with basil mayo, and the Pesto Panini are there too along with a couple of other crowd pleasers.

There are new sandwiches like the Zucchini Falafel (pictured below) which takes the fritters to the sandwich level! Zuccini fritters, a creamy basil and avocado sauce, mixed greens, cucumbers and tomatoes, wrapped up in a whole wheat wrap is a whole new delicious veggie option unless you’re like me and add bacon to it. It is delicious either way!

There are also pan style pizza slices. When I was there, the pizza of the day was Cuban pizza. It looked delicious!

When you look at the sandwich board, it is HARD to decide what to get because there are so many good options. Slice fans and Humphreys regulars will both be happy.

One thing that had to stay the same was the coffee! Pete had his favorite that he served at Slice, but people were not having a coffee switch at the new Humphrey’s.

Coming Soon To Life At Humphrey’s

Some things that are going to change, maybe not today, but in the future. There is going to be an expanded “grab & go” selection with salads and popular sandwiches. People just want the easiness of getting something on the run.

The space will eventually get a fresh look too, including a new sign, but right now, it’s all about the food. The response has been very positive. Donna is so happy to have more customers, and Pete is happy to be in the kitchen again, making good food. It’s also been nice for him to see so many regulars make the trip to get his sandwiches and try something new.

Both Donna and Pete feel good about Life at Humphrey’s. I think the new logo represents this merge pretty well – it’s a little Slice and a little Humprey’s and a whole lotta good vibes. This is a match made in sandwich heaven on the Island.

Here’s a little insider scoop. Pete has an outdoor fryer. What does this mean? All sorts of good things like Life At Humphrey’s pop-up dinners outside (such great space and I see twinkle lights in the future here) with doughnut burgers. Sound crazy?

Well, it’s a thing and Pete and Donna are bringing it to the Island this Summer. But seriously, there will be pop-up dinners at Life at Humphrey’s so keep an eye out for those. Pete makes some mean entrees!

Congratulations Donna and Pete on this great new adventure! Life at Humphrey’s, located Woodlawn Center in Vineyard Haven, is open from 6:00 a.m. to 6:00 p.m. Sandwiches are served made to order from 10:00 a.m. to 3:00 p.m.