It seems like just yesterday, I was at Not Your Sugar Mamas in the Tisbury Market Place talking about new chocolate bar flavors that were being whipped up. Now when you walk into NYSM, it is a whole new world.

Yes, there are still chocolate bars, but now there is SO MUCH MORE. This is a one stop shop for all things healthy and on the go.

In 2016, owner Ky Keenan decided to commit to a plant-based diet. Since NYSM’s inception, she began learning about just how unhealthy so much of the food that surrounds us is. By eliminating processed food, dairy, and meat, she saw a change in how she felt, physically and emotionally.

However, there were not many options for this diet, and many of those options were just as processed. Ky is a foodie, loves to eat, loves to cook. She began experimenting in her kitchen with food alternatives, delicious replacements for cravings she might have. A great example would be NYSM’s Coconut Bacon. Sounds CRAZY right? But it’s not. The coconut slices are smoky and salty and crispy, creating an alternative to bacon.

I actually bought some when I was at NYSM because I was so impressed. I added it to one of my breakfast go to’s —  gluten free bread, smear of guac — the Coconut Bacon was the perfect, healthy topping. 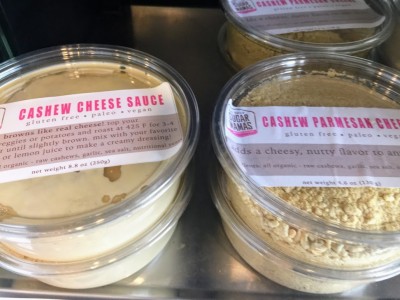 This is just one option. At NYSM’s you will find delicious French Onion dip made from cashews, cream cheese made from cashews, beautiful gluten-free, vegan bread, grain bowls, sandwiches, soups, flat breads and so much more. They’re all plant based and all made from the best ingredients possible 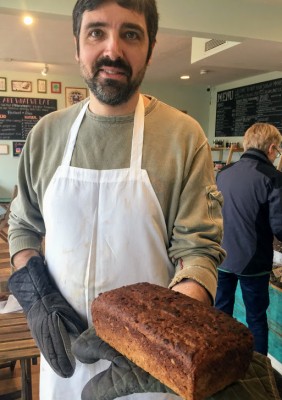 Speaking of bread, the baker at NYSM, Francoise was classically trained as a bread maker in France. He and his family moved to the Island several years ago. When his wife went gluten-free, he decided he needed to create beautiful homemade bread for her, and he did. 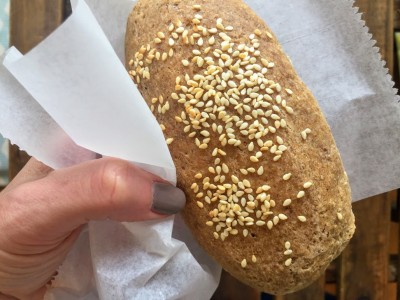 As a customer at NYSM, he and Ky would always chat when he came in. One day there was a little joking, that he should come work there. Now he does, and is constantly working on and improving the bread. There is sandwich bread, rolls, even bagels!

When I was there I had a plant-based meatball sub. It was beautiful and so yummy. With mushroom balls, and a fresh baked gluten-free roll, and pesto and cheese made from cashews. All warm and toasty, it was perfect on a winter afternoon. It was surprising to have something so substantial that was so good for you. 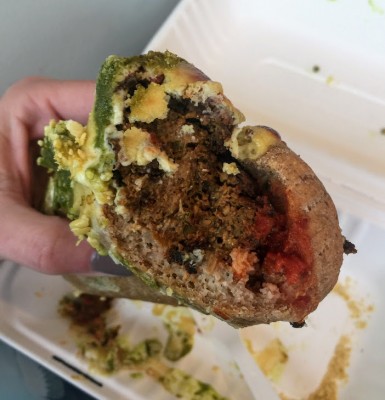 As I said, Ky is a foodie. Just because you eat food that’s good for you, doesn’t mean that you can’t have food that fills you up. You can also go lighter, but when you’re in New England, especially during the colder months, a salad or a smoothie doesn’t always cut it. 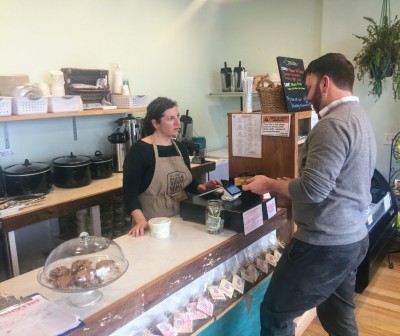 When you go in, the menu will impress you. I am going to give you one more example, one that makes my mouth water. Cassava Flour Waffles, served with berries or chocolate, peanut butter and bananas, both options topped with maple syrup, and house-made coconut whipped cream. Sounds so good right? I would love to try these waffles made with yuca root, which I had no idea, was used to create a flour substitute. 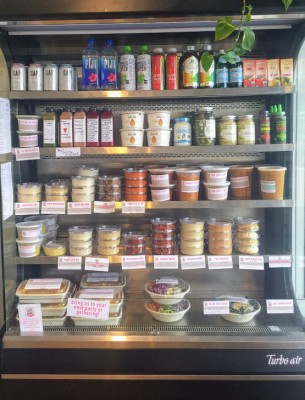 There are breakfast, lunch, and even takeaway options for dinner, but let’s not forget about NYSM’s amazing collection of beverages. There are coffee drinks like a latte made with cashew milk and dates. There are superfood smoothies, dairy free milkshakes, and also juices. And something I love — heart healthy drinking chocolate! 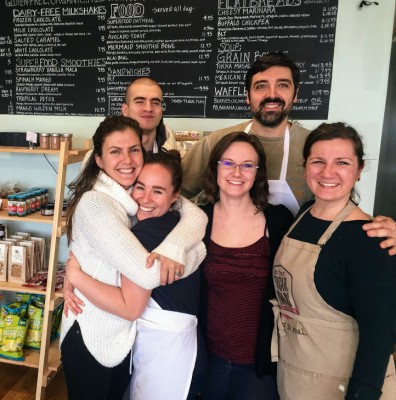 Rachel Fox has joined the kitchen team at NYSM. I first met Rachel when Behind the Bookstore opened. She changed the juice scene with yummy, super healthy juices. Now she’s back on Island, and the juicing at NYSM is more accessible and offers more options.

With Ky, Rachael, Francoise, and the rest of the team, NYSM is changing the food scene on Martha’s Vineyard. The food they’re creating is proof that you can eat delicious food that is good for you. I mean really good for you. Not processed, not full of junk, pure simple foods. 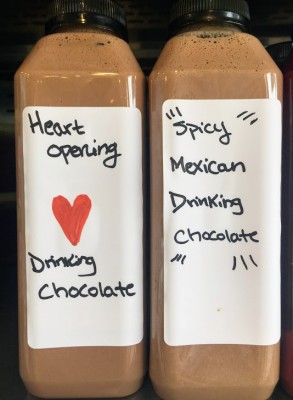 NYSM has really created a buzz on the Island. With its expanded cafe (they even have wi-fi) and selection, it is now a destination. NYSM has made good food accessible, main stream. Possible. All of which is good thing, because we are learning that eating certain types of food harms the body.

Two more things I want to mention. NYSM offers delivery. This consists mostly of their pantry items, and later on this year, the NYSM’s cookbook, will be available. I was lucky enough to get a sneak peak at this beautiful drool-worthy book. 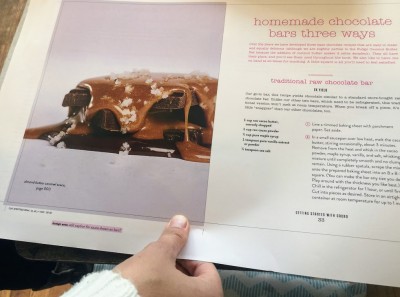